Kata with bo - Seriai no bo

Histiry of the Katori Shinto-ryu school

The Tenshin Shoden Katori Shinto-ryu school was founded by Iizasa Choisai Ienao (1387-1488) in 1447 and is one of the most aincent Japanise traditional school of martial arts. The title of the school may be translated as "Devine path of warrior's tradition".

At the end of the Edo period (the middle of the 19th century) the head of Iizasa family and heir of the founder was Syurinosuke Morisada. But Morisada had no sons, who could head the Katori Shinto-ryu school. Therefore, after his death in 1896 the Katori school was headed by his senior student Yamaguchi Enomoto. After the death of Yamaguchi Enomoto in 1917 the Katori Shinto-ryu school was headed by the adopted son of Iizasa Morisada – Iizasa Kindziro, who was succeeded by his son Iizasa Yasusada, the current head of the school. 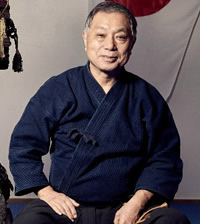 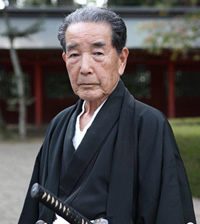 Outside of Japan the most famous is the direction of Yoshio Sugino.

The rules of Katori Shinto-ryu school forbid its pupils to join a fight for personal reasons. This prohibition is caused by the fact that a real fight is a life and death question, therefore one of participants of the fight inevitably dies.

Besides art of swordsmanship, fighting with pole, bo and naginata, pupils study astronomy, geography, tactics, espionage. Every prospective pupil has to sign a oath of allegiance to the school's politics and promise that he/she would strictly adhere to it.

Want to join us? The first lesson is free! Choose dojo and welcome.