HomeNews of the Mumonkan clubThe results of season 2015-16 in Mumonkan Aikido Club. 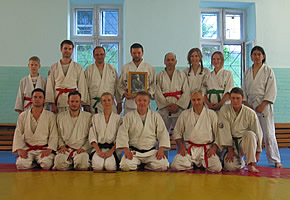 We would like to briefly sum up the main results of the season. So:

For July and August 2016 Mumonkan Aikido Club declared summer vacations. The exact date of the resuming of trainings will be placed in advance on our website and social networks. Follow the news, please.

We invite you to trainings in September 2016!