Demonstration of work with weapons

Purposes of trainings with weapons 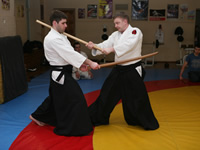 In Aikido great attention is paid to weapons.

But why should we practice Aikido with old-fashioned weapons (bokken, jo, tanto), which are probably useless these days? The matter is that such trainings allow quick acquiring of skills which are the most important for Aikido. It is very difficult to acquire these skills having nothing in your hands.

Types of weapons used for trainings 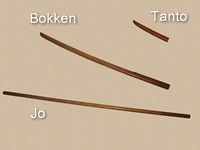 For Aikido trainings the following types of weapons are used: bokken, jo, tanto. 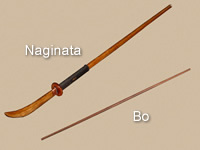 For Katori Shinto-ryu trainings the following types of weapons are used: bokken, naginata and bo.